We are celebrating the release METHOD by Kate Stewart! One-Click METHOD today! 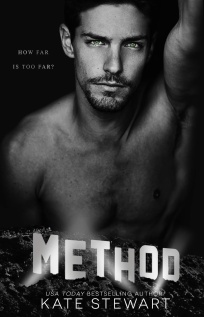 Blurb:
Hollywood is a temptress, a trickster, a soul-stealing devil. I married an A-list player, knowing I come second place to his craft. But Lucas and I are a golden couple, a modern-day fairy tale.

I’ve never doubted what we built…until the sudden death of Lucas’s best friend has scandal rocking the Hills and shaking the foundation of our relationship.

I chose Lucas as my safe haven…he chose the role of a lifetime.
For the next three months, I’ll share my nights with a stranger, watching as he buries his pain, immersed in his role and living as someone else.

We’ve done this before. I tell myself it’s just another movie, and he’ll return to me.

I should’ve known this time would be different.

To get my husband back, I’ll need the strength of ten men.

As it turns out, I’ll have to go through two. 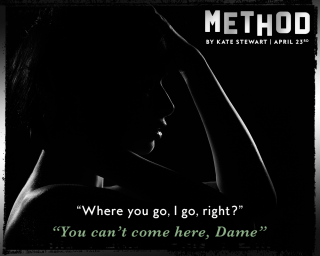 Method by Kate Stewart
My rating: 5 of 5 stars

Having been an actress and taken on roles that were well out of my comfort zone on the stage, I was dying to read this story. I was not disappointed at all. This story is unlike anything I have ever read. The storyline is intriguing and the writing is beautiful and is seamless in transitioning from past to present. It had me on the edge of my seat wanting to know more.

These characters were so complex and well developed and to be able to write a character that is jumping into the role of a different character is amazing.

I could not put this book down. This book is in my top reads of this year. I can’t wait to read more from Kate. I will be first in line for whatever she decides to write next.